You are here: Home / GRAFIP

The Graphene Interplatforms Group (GRAFIP), created in February of 2016 in the framework of the Foro Transfiere in Málaga and coordinated by MATERPLAT, has as main goal the promotion of R&D and industrial activities around graphene, involving all the stakeholders such as R&D agents, Technological Platforms, companies, facilitators and market agentes, being supported at all times by the Public Administrations. Additionally, an important role is planned within GRAFIP in order to promote internationally, activities related to graphene promoted by spanish consortia.

Entities that take part in GRAFIP:

Regarding the activities led by the Interplatforms Group itself, it was planned to develop, during the year 2017, a catalogue of products/technologies that incorporate graphene and are either already commercialized or in an advanced development stage (TRL ≥ 4: Technology validated in lab).

The goal of this catalogue is on one hand, identify and disseminate the current situation regarding graphene at a national level: 1) which products/technologies are being developed, what degree of maturity they have, to which sector they are addressed to, the time horizon envisioned for its availability in the market, etc., and on the other hand 2) which products/technologies based on graphene are already in a commercializaton stage. Ultimately, this would provide a vision of the degree of maturity and the potential of this sector in our country.

In order to gather this information, two forms in word format have been developed, which can be downloaded and filled up by those agentes interested in disseminate their products/technologies based on graphene. By clicking in each of the following buttons, you will be able to download the corresponding form, which once filled up, will have to be forwarded to secretaria@materplat.org.

For the publication of the catalogue of products/technologies that incorporate graphene, respecting the characters limits in those sections of the forms in which a text limit is specified, is of  utmost importance. 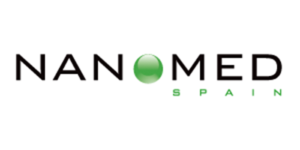